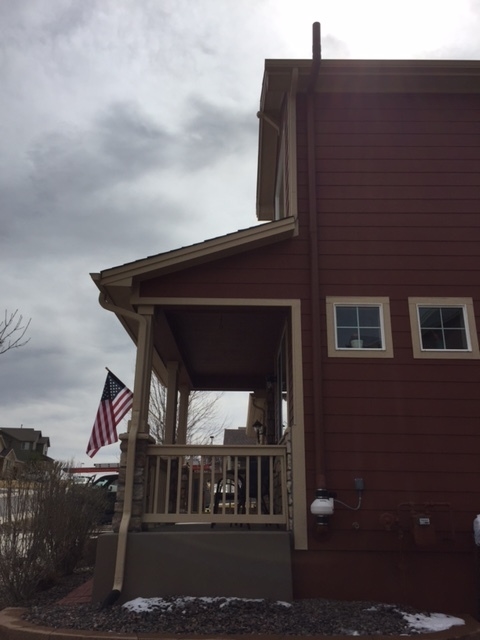 Posted at 21:41h in Blog by Tricia Cardos 0 Comments

Recently, a story has hit the news regarding a woman in Stapleton, CO, whose efforts to install a radon mitigation system have been blocked by her Homeowner’s Association. Despite showing an initial indoor radon level of 4.0 pCi/L (right at the cusp of being a hazardous level), the HOA denied her request stating that the equipment would be unsightly and dangerous to other homes.

The situation is ongoing, but the homeowner, Melissa Crowder, has already suffered the consequences of her HOA’s lack of approval. While her home could still sell, she won’t be getting anywhere near the original offer price (at least $5,000 less).

Seeing as how we at American Radon, LLC are experts in the radon mitigation department, we are taking this news story as an opportunity to dispel some misconceptions about radon mitigation and radon levels.

But Wait – Doesn’t Radon Cause Cancer?

Yes. Radon poisoning is the second leading cause of lung cancer in nonsmokers. That’s why various health officials were concerned about Crowder’s story. Crowder even obtained a letter from Chrystine Kelley, the Radon Program Manager for the state of Colorado, who stated that the HOA’s concerns about indoor air quality and radon leaking into nearby homes was not a legitimate concern.

Indeed they do. We recently wrote about several causes of radon level fluctuation, which can change based on wind, rain, winter cold, or even summer heat. We can’t stress enough how important it is to test and retest your home for dangerous radon levels.

Crowder’s HOA did have her retest her home for radon. While the initial test showed a radon level of 4.0 pCi/L, the second showed radon levels of 2.7 pCi/L. However, the original buyer was already on the alert from the initial test results, which were high enough to warrant the installation of a mitigation system.

Currently, there is no known “safe” radon level

Because the results of the second test were drastically different from the first, we would have recommended getting yet another test done to better assess the situation. But what would have been the best solution? We err on the side of caution, and because radon levels are always changing, it’s better to be safe than sorry.

We know that exposure to higher levels increases the risk of lung cancer. If your home ever tests high, it’s best to have a mitigation system put into place.

I thought Radon Mitigation Was Required by Law?

Actually, radon testing is not required by law, and neither is radon mitigation equipment. But it might be very soon. Our goal, and the goal of many other activists such as the Colorado Department of Public Health & Environment (CDPHE) and Cancer Survivors Against Radon (CanSar), is to increase the awareness of radon danger and to help people take steps to protect their loved ones and their homes by installing radon mitigation equipment in Colorado.

Won’t Selling My Home be Easier with Radon Equipment Installed?

Absolutely. As Crowder’s situation demonstrates, a radon mitigation system can make or break a sale when it comes time to put your house on the market. It is possible to buy and sell a home with high radon levels, however, as long as you’re willing to put the proper mitigation system in place (and your efforts aren’t blocked by your HOA).

Your Health is the First Priority

One big takeaway we want our readers to have is not only that a radon mitigation system doesn’t have to be expensive or ugly, but also that your health is the ultimate priority. Protect your family from radon poisoning and invest in radon mitigation today, whether you’re in need of Denver radon removal, Radon mitigation in Aurora, or Longmont radon mitigation.